What To Do When Your Child Is Bored 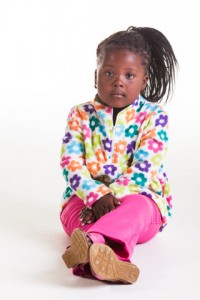 Ok your child is hanging out whining at you saying, “Mom, I’m bored.”  You were having an good day but now you’re just looking for an answer, any answer of what to do when your child is bored.  Maybe you’re googling fun games to play or calling a friend over for a playdate.  It’s the sentence that no mom or dad wants to hear and no doubt every time you hear it you can feel your blood pressure skyrocket.

But I’m going to ask you to stop for moment.  Hold your horses because if you consider the bigger picture out there in the world of the child something very strange has been happening and it’s not good for your kids.  In fact, it’s one thing that’s completely overlooked that will help their future development and their ability to navigate the world.

It’s good for kids to be bored

Ok, now that I’ve told you that let me state my case.  Over the last few years, it seems to me we’ve really lost our appreciation for some of the great pleasures that use to come with childhood.  Things that we used to think were good for kids, which have suddenly fallen out of favour and have since become, downright scary and something to be avoided at all costs.

What am I talking about?  I’m talking about the great state of boredom.  Guaranteed to drive a stake in to the heart of any conscientious parent, boredom is one of those “Ah!…can’t let it happen” moments to be avoided at all costs.  Car rides used to echo with the cries of, ‘are we there yet?’  For years now they have been replaced with joyously happy four year olds with their own back seat personal entertainment areas. The inconvenience of rainy days has been swept aside by i pods, i pads and computer games.   Long summer afternoons have been kidnapped by continual outings to every conceivable fun place or entertainment imaginable.  Just for fun I thought I’d take a look at some of the titles that deal with the subject of boredom in our media.  First here are some samples extolling the virtues of ‘busy.’

Look at the subtle pressure to keep your kids busy

25 ways to keep your kids busy.

Now contrast that with the decidedly negative tone given to ‘Bored or Boredom.’

Now if an alien landed on our planet, they’d very quickly figure out that ‘busy’ is in and that ‘bored’ is definitively out.  But I’m going to say that dismissal of boredom is definitely not a good thing for our children.  In fact, it’s horrible and it’s doing our kids a major disservice.

Let me explain why.  When I grew up I had tons of opportunities to enjoy the great state of boredom.  On a car rides with endless games of ‘I spy.’  On summer afternoons where I lay in a field and watched the clouds float leisurely across the sky.  On rainy days where I had the time to watch the drips hit the window one at a time, flattening out across the surface and then beading downwards. I even had time to watch the poor old soaked spider desperately trying to find a place to go from the onslaught of heavy drips that was making life uncomfortable for it.

In the context of today, you might look at those experiences as worthless.  I wasn’t actively ‘doing’ and yet those experiences have defined me and made me who I am today.  Hours of having nothing to do you see, sparked my imagination.  Boredom created my creativity and without it, well, you probably wouldn’t be reading this for starters.

Yes, it turns out be bored is actually good for you.  Actually, it’s critical

Dr. Belton, a senior researcher at the University of East Anglia’s School of Education and Lifelong Learning, who is an expert in the impact of emotions on behaviour and learning said, and I quote, “boredom is an uncomfortable feeling.’  She goes on to assert that ‘society had developed an expectation of being constantly occupied and constantly stimulated.”  She warns us further, “Nature abhors a vacuum and we try to fill it.  Some young people who do not have the interior resources or the responses to deal with that boredom creatively, then end up smashing up bus shelters or taking cars out for a joyride.’

Sounds to me like your car may not that be that safe in the future.  Better get a bigger and stronger garage!  Either that, or maybe we should start turning our attention to this issue with our own kids, so at least they’re not the ones doing the joyriding.  But for that to work, we have to dismiss the idea that boredom is something to be busted, reviled, swept away and sidelined.  We instead have to embrace it and seek it out but here’s the great thing.  You don’t have to find boredom.  Believe me, if you leave your kids alone and strip away the devices from their sticky paws,  it’ll find them and when it does, a whole new world will open up.  So you don’t have to ask what to do when your child is bored.  Instead you have to allow their imagination to blossom. It’ll come with castles and princesses, dragon fights and magic woods.  Who wouldn’t want that?

To learn more about how Annie can help you solve your children’s behaviour issues like picky eating or multiple temper tantrums or sleeping problems, click here.

Children should be allowed to get bored expert says by Hannah Richardson  http://www.bbc.co.uk/news/education-21895704

Our Skype session was very successful and easy!

Continue Reading
Sarah (Calgary)
Without knowing her, I trusted her immediately...