My Kids Are My Everything Parent

Posted by anniethenanny on Nov 11, 2020 in Articles, entitled kids | No Comments 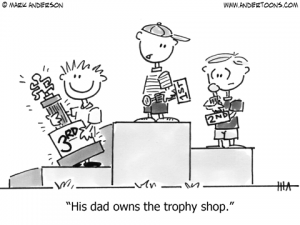 Are you a ‘my kids are my everything’ parent?

I’ve heard parents on many occasions make comments like, “My kids are my everything.” It’s a funny little phrase, but it appears often, and I wonder how many people actually sit down for a moment and think what it really means.

As a case in point, I read an article the other day by John Rosemond, a renowned parenting speaker in the US, that brought the whole issue into focus. He wrote an article titled “Your kids should not be most important in the family,” The article, which I’ll summarize because it’s behind a paywall, argued that having a family hierarchy in which the children are not “everything” is important for the proper development of children. Families that decided to prioritize their children’s needs and desires instead created entitlement.

So does being a ‘my kids are my everything’ parent create entitlement?

So is he right? Does making your children the most important people in your family lead to producing entitled brats, or is that perhaps too simplistic? My take on it is that for many people, their children are the most important people in their family. That’s a matter of biology, but where I agree with Mr. Rosemond is that while it might be ok to have your child as your priority, it is not ok to tell or show them.

“Hang on,” you’re probably saying. Surely I should show my child every day that they are the most important person on the planet to me?  And doesn’t that imply that as a parent, I should act as if my children are everything? Actually, no, you shouldn’t. Because it is that attitude that leads directly to entitlement, and entitlement can range from kids just generally being unpleasant to having expectations that don’t fit with reality, which the cartoon above does a great job of representing.

Think of it this way: If you are talking to your husband or significant other and you allow your child to interrupt, you send a message that their conversation is more important than the one you are having. If they’re standing there, having fallen over and sporting a nasty dripping head wound, you’d stop talking because their need for medical care and cuddles outweighs your need for a conversation.

Who is running the parenting ship?

It’s the same for virtually every aspect of life, which is why I’m constantly confounded when parenting experts suggest that both children’s wants and needs should be all-consuming. I’ve read the classic attachment parenting book by Alfie Kohn called “Unconditional Parenting,” where he suggests that you should allow your child as much self-determination as possible.

As an example, instead of dictating when it’s bathtime for your three-year-old, you should give your child a choice of when they’d like to have bath time, i.e., perhaps before or after dinner. Ok, but is that really realistic—turning everything around in your life to accommodate your kids—and, more importantly, is it preferable?

As a parent, you know what you have to accomplish each day. There’s work; there’s household stuff; there is paying the bills and buying groceries. All of these things take time, and you’ve been on the planet long enough to have figured out what fits best where.

You know, for instance, that kids get tired after having played all day and that they’re naturally covered in food after a meal. That’s when a bath makes sense. It doesn’t make sense for a child to determine their bath time because they depend on you to help them. But the bigger point is this: they should not be allowed to determine what you do with your time because it shows that their wants and preferences supersede your needs.

You need life to work in a certain way simply because of practicalities, and those practicalities are based on experience. They may want something different, but that’s because they are only seeing things from their point of view and have no understanding of adult constraints. So what it comes down to is clearly a case of heirachy, and the bottom line is that your needs supersede theirs.

You can be a “My kids are everything” parent, but just shush. Don’t tell them or show them. It can be your little secret. Do you want resilient children? Check out this article on resilience that has been posted on numerous sites.