Everyone Wants To Be A Star 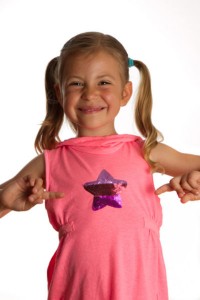 I love humble, don’t you?  There’s nothing nicer in the world, than meeting someone who is just terrific in whatever way but doesn’t really know it, or at least if they do, they’re humble about their abilities.  The trouble is that’s not what I see.  Instead, everyone wants to be a star.

A case in point, the other day when I went to one high school in a support role, which to protect privacy, shall remain nameless.  I went to one of the children’s talent gatherings which they have every so often and I watched a variety of talent, some good and some frankly awful.  Still, that’s what you expect as it wasn’t a formal event and everybody just wanted to get up and ‘give it a go’ in a supportive atmosphere.

However, there was one girl there who, admittedly was a good singer but her body language was just insufferable.  She sang four times as much as anyone else and flounced about on the stage with such an expression of self adoration, I thought I was going to have to rush out.  By the end of her strutting peacock display, the largest noise in the hall was my teeth gnashing together.

Everyone wants to be a star!

But you know, on reflection and once my jaw had stopped hurting, I felt sorry for her.  Here was a child who had come to believe her own power and brilliance, so much so, that it was defining who she presented herself to be and in doing that, there were a whole bunch of knock on effects that I’m sure she wasn’t even aware of.

You see, I had stayed back while everyone filtered out of the hallway and after this girl had gone about garnering as much praise as she could, I took note of the rapidly forming clusters.  In several, I heard comments about this teenager and I can tell you, they weren’t all positive. Ok, maybe some kids were jealous but there were a lot more I think, that were suffering from feelings induced by the girl herself.  After all, everybody had performed and she was the only one who was flouncing about garnering all the praise.  It was a classic case of, in my mom’s wise words, ‘You don’t make yourself feel big by making other people feel small.’

Humility needs to be taught

The girl concerned really needed a lesson in humility, that’s clear but the trouble is that if she wanted to be a singer, that kind of mentality is encouraged.  She must be a star!  And to be a star she must believe in herself.  Ok, but surely there’s a difference between believing in your talent and veering off on the highway to self aggrandizement?

Somewhere we have lost that line and society at large is not helping.  We’ve become a nation of ‘worshippers.’  Now if I said that fifty years ago, you’d have all assumed I was was bringing God in to the conversation and that’s interesting, because the way we worship these celebrities, is somewhat of a religion.

It’s almost as though we truly believe that our celebrities are better than we are and that they are somehow so ‘special,’ that their need for constant adoration seems almost normal. This is not a new phenomena but it does seem that historically we might have kept it in better check or at least been more aware of it.  Whenever the Romans won a battle, a triumph would take place and a slave would be kept in the chariot.  His job was to remind the general of his mortality, by whispering the words, “Respice post te!  Hominem te memento,” which roughly translates as, ‘Look behind you!  Remember you are but a man!’

It seems as though the Romans were more aware of the negative feelings that excessive pride induced.  At least enough, that they reminded their general to keep a lid on his pride and an eye toward his back, lest a sharp point of a blade deflate his balloon of self adoration.

Our admiration of celebrities though remains undiminished, and as a result of our worshipping, little girls and little boys see day after day in our media, how they’re supposed to act.  Showered with confetti and thanking their hoards of fans.  Now the wish of many children is not to be a doctor or a scientist or work with children, or labour away in any number of productive and socially useful careers, but to be a star.  Everyone wants to be a star!

And why not?  Especially when we buy little t-shirts that read ‘princess’ or ‘little star’ on them.  What we’re saying is, covert fame because the adoration of others is the only thing that will make us whole.  That’s a message that we ought to re-think

Learn more about how Annie can help you have happy resilient kids that are fun to be around. Click here.