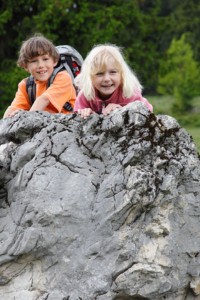 I heard about the story that defines the state of risk in our society.  Cardel Place, a fitness facility in Calgary has been forced to be part of the defining risk agenda and I feel sorry for them.  Cardel Place used to ‘rock’ literally.  Kids climbed, balanced and jumped all over the rocks and turned a bunch of ordinary rocks in the lobby of a building in to a great game.  But then the grinch showed up under the guise of Alberta Health Services and in it’s miserly way, it took away all the fun.

The Grinch too it all away

It stuck up signs that said ‘no climbing’ and it scanned the rocks with it’s eagle eye, checking every nook and cranny for possible ‘risks’ that it could eradicate.  The anti-child stayed long enough to make every kid who’d ever played on the rocks miserable and then slunk back in to it’s cave of political correctness. By May 14th, 2013 a compromise was reached and a label was put on the rocks.  It said  and I quote, “This is not a play structure. Serious or even life threatening injury may occur as a result of playing on this structure.  Well done Alberta Health Services, ”  Why not make it even tougher for parents to let their child experience a bit of risk.

My feeling is that all the fun parts of childhood are being systematically eradicated by the risk police.  You can’t climb a tree anymore. You can’t play without being hovered over.  You can’t dabble in a ankle deep stream on a warm summer day without an an enormous pfd and now you can’t even play on a bunch of rocks that are no more than five feet off the ground.  Childhood is just no fun anymore, or at least not what I think of as fun.

What’s wrong with everyone?  What conceivable help do these people at Albert Health Services think they are being to kids? Yes, there are some 20,000 accidents that happen that are attributed to playgrounds but that’s because the people that play in playgrounds are you know…..little.  They play and in playing, surprise, surprise, they stumble, push, falter and fall, because they’re learning.

So what’s the end result of all this?  Stick kids in ‘approved learning environments ‘with facilitators who busily facilitate the day’s proceedings, while kids dolled up in office attire with a mini briefcase settle in at their desks?   Oops we already have those, aren’t they called schools?  Would we feel better if they vacated the playground completely, sidelined the slide and swing, and instead of arguing over access to the round about, got wound up instead about equal opportunity and the state of primary school education?

Kids get hurt naturally when they play and you can’t eradicate all risk unless you stop ‘playing.’  Is that what the goal here it?  To lock up little children in safe basements so they can’t experience any of the wonders that life has to offer at all?  If Alberta Health Services did that, they might as well remove the word ‘health’ from their name completely.

The parents that took their kids to Cardel place were just trying to make sure their little ones got some exercise.  They immediately saw the ridiculousness of the situation and vowed they’d do everything necessary to allow the kids to keep playing on the rocks.  The people at Cardel Place were equally sympathetic and started a petition for the return of common sense and the ‘right to play’ which culminated in the warning posted.  I can only hope it won’t put off the kids.  Let’s hope they can’t read yet.