Why We Shouldn’t Judge Parents

Posted by anniethenanny on May 25, 2020 in Articles, Helping parents | No Comments 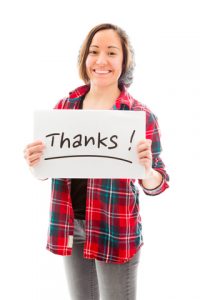 Why we shouldn’t judge parents:   Everyone makes mistakes!

Today I was reminded of exactly how judgmental people can be and why we shouldn’t judge parents.  That’s a good thing, because every now and then you need to put yourself in someone else’s shoes.

I tried to “nip” into our local bakery with my miniature dachshund under my arm to get some bread. Did I know that dachshunds aren’t usually allowed in the bakery, even for mere seconds? Well, actually no, although I did think it was a possibility, even if there was absolutely no risk that he’d get behind the glass and gobble the croissants.

I guess I was just optimistic about my chances because I’d just spent an hour and had pictured in my mind the lovely walk followed by the fresh bread, all before 8.30 a.m.

Guilty of making assumptions and feeling far too pleased with myself, I found myself in front of the bread shop amongst a deck full of sun worshipping coffee drinkers, accompanied by my dachshund that I had found upon arrival and had to remain outside.

Hmm, dilemma, which I finally solved by spotting a friend or acquaintance who, even though she quite obviously hated dogs, offered to “hold” his lead anyway. Well, Digby the dachshund acted like a hooligan, barking with the intensity of a foghorn over the longest two-minute period of my life, effectively drying up most of the conversation around him. Once I reappeared, obviously flustered, she added to my distress by suggesting that she had thought I was good at teaching behaviour.  Well, that stung.

Why we shouldn’t judge parents:  Because we’re human!

The bottom line is that I was embarrassed. I’d let my need for bread after a long walk outweigh other people’s needs for a quiet conversation. I might have hoped that the thought had just remained inside her head, as I’d quite obviously learned my lesson, but it didn’t, and suddenly I felt exactly the same as if my toddler had thrown a meltdown in the aisle: embarrassed and defensive.

So why am I sharing this sad morning’s humiliation?

Well, because people are judgmental. You can hope that many would keep their opinions to themselves and give people a little leeway, but they don’t. That’s because my action shattered their peace, and they felt it was within their rights to tell me.

I felt like justifying myself and telling them about the walk there and the long walk home. Surely two minutes of minor discomfort wouldn’t kill them.

Why we shouldn’t judge parents:  Because we have no idea what they’re dealing with!

It’s the same with kids. There’s usually a reason for the tantrum. Your child is tired, or maybe they’re sick. Maybe they’re just being a pain in the buttocks, but nobody’s perfect, and that’s what I’d like to hear in response. Shouldn’t we all try to walk in someone else’s shoes and have some empathy?

No, I wasn’t perfect, and neither is anyone else I know. I made a choice, and it didn’t go as planned. It’s amazing because I go into the homes of hundreds of parents, and it’s odd that once you stop looking for perfection, you start to see all the other wonderful aspects of being human, like the fear of messing up and the endless courage it takes to face difficulties.

Why we shouldn’t judge parents:  Because they need to know getting it wrong is normal!

Parents call me because they care. They care that they’re getting it wrong, and they want what’s ultimately best for their kids, even if coming to terms with where they’re at is the hardest thing. To fix it, they have to get over the fear that I’ll be judgmental. Ironically, I’m not, because I know what that feels like. I got reminded of it this morning.

What’s the key to parenting?  To keep it simple.  Read this article to find out how.

Would you like help with your parenting?  Visit my parenting services page for help that works.  To see a on camera testimonials from parents who I’ve helped please visit my main page https://anniethenanny.ca