How To Build Your Child’s Self Esteem 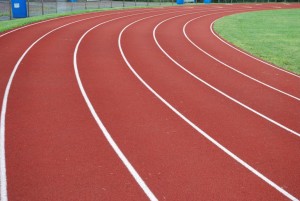 If you’re sitting out there wondering how to build your child’s self esteem, I want to start with a joke.  One of George Carlin’s more endearing moments, language aside, was when he made fun of the parental obsession of refusing to look reality in the face and say those all important character building words to your children, along the lines of  “Hey Timmy, you’re the last winner!”

Self esteem building is all well and good but Carlin brings up and important point namely we can’t all win at everything.  A key component of boosting your child’s self esteem involves a realistic appraisal of and opportunities to participate in what they’re actually good at.  A case in point was when I was asked to organize the talent competition for middle school, for my youngest daughter’s grade, the grade eights.  I had visions of myself holding court, sipping tea out of my travel mug and watching a bunch of varied and entertaining auditions.  I saw myself giving the nod of acceptance to some and saying something kind, understanding and most of all, incredibly witty to the others, which leads me to a couple more thoughts.  What’s happened to wit and sarcasm and why can’t parents teach their kids to face reality?  I mean these kids weren’t babies or three year old’s singing horribly off tune who you just have to love because they’re so cute.  These were fourteen year olds, kids who were only two years off driving a car alone and only four years off casting the vote as fully fledged adult citizens.

Now that was a real report card

You know when I was growing up, wit was a clever way of saying something truthful yet in a way you could laugh about.  Teachers used to put in time and effort to create the wittiest of comments, some of mine still make me laugh to this day.  I remember after about two years of piano when it was clear I had absolutely no talent at all, my piano teacher wrote on my report card ‘Anna has progressed as far in the piano as she ever will.”  And you know what?  It was true.

If you did that now most parents would be up in arms saying the teacher had ruined my self esteem and my career as a world famous concert pianist had been crushed before it had even started.  Yet it’s worth asking, how did he affect my later interaction with music.?  Did he put me off trying?  Did he ruin my appreciation of all things musical?  Did he crush my self esteem?  Nope, not even close.  I love music and when it comes to the piano, I hope to have some time soon to give it a try again.  Who knows, I might be in with a shot of playing half decently in a few years, not that you should go out buy those concert tickets just yet.

Back to the school talent competition though.  I figured we’d have singers, dancers, actors, musicians, poets and a whole range of talent. I thought it would be fun with happy talented kids rising to the top like cream on a jug of freshly drawn farm milk.

Instead what I got was hour upon hour of kids strangling the cat, vocally speaking.  Virtually all the kids wanted to sing, even those who could plainly do other things much better.  There were some that were good, a few more who would have been good choir material but the large majority were frankly, awful.  After a couple of hours my ears needed wringing out and after the second audition, I figured I should swap my tea for a stiff scotch.

I did though, dutifully mark down those I thought made the grade only to be told that, wait for it…..we couldn’t cut anyone because we’d hurt their self esteem!   I had been planning on cutting anyone who actually wasn’t singing ie. using a backing track with singing already on it.  After all this was supposed to be a … ‘talent show’ but I was overruled on that one too.

So what were we left with?  A three and a half hour show of total unadulterated brain blistering agony,  punctuated by a few brief moments of talent.  At least there was a tray of cakes.  If I couldn’t drown my sorrows, I could at least stuff my face.  So in the end how can you build your child’s self esteem?  Be honest and help them find something they can do.

For more information about Annie the Nanny’s services, press here.