How Do I Improve My Child’s Imagination?

Posted by anniethenanny on Jul 26, 2015 in Uncategorized | No Comments 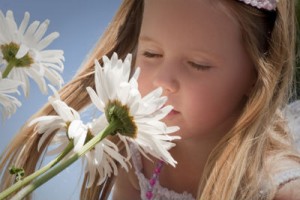 For those of us that had imaginative childhoods, I’m sure one of the biggest questions on any parent’s mind is, how do I improve my child’s imagination?  To me, there is nothing more beautiful than the imagination of a child.  When I was little, at elementary school, I wanted to fly.  The dream of flight preoccupied me all through my hated math lessons and every monotonous school assembly as well.  At recess, I would run around with all kinds of contraptions designed to lift me in to the wind.  The fact I never managed to launch myself never really seemed to bother me.  You see, children have within them the ability to imagine their way past reality.  They can walk the woods and feel the fairy spirits as they dance between the trees.  They can see monsters under the bed who like bananas.  Their world is one of endless wonder and captivating magic.

Now that I’m all grown up and then some, I’ve noticed a disturbing trend.  Our children’s imaginations are fading, not imperceptibly over time, but massively as though their tender thoughts were being run over by a dump truck.  The imaginary world our children should inhabit is a world that is under increasing threat.  Collectively, the toys our children play with direct them what to think, what to see and how to play.  Their play is being scripted to fall within certain boundaries and the toys themselves, allow only a narrow constrained kind of play.

Toys are defined for a certain kind of play

Take the toys that we have available at Christmas.  So many of them are just simply replicas of toys from popular TV shows or movies or are from the internet.  They create ‘defined play,’ which is play that is effectively planned from the start.  There is a way to play and way not to.  Roles and plots are established and the children simply recreate what they’ve seen, instead of coming up with something new.  So what do these toys do to children? What happens to the precious gift that is their imagination?

Well, imagination is like a muscle.  Use it and it gets better and better.  Don’t and it might just be lost for ever.  And that’s what’s happening to the most precious resource our children have, it it disappearing in to a world of defined play.  Children playing with these toys are not encouraged to let their imagination run free, but to walk within the lines and to think inside the box.  Creatively is trampled. Self-expression is blanketed by a sea of dead thinking.   The rules of play may be unspoken, but they are rules nevertheless.

And because the play is so restricted, it barely registers on the imaginative scale and children lose interest quickly.  Marketers know this and so children get stuck on a treadmill of needing something new just to stay entertained.  They reach out for the next toy in the series or the next ‘must have’ character, because they think that is what they want.  Just like a cocaine addict becomes desperate for their fix, children are being taught to constantly need new toys over and over again.  Despite filling the child’s immediate want though, parents are likely to find their child rapidly becomes unsatisfied.  That’s because none of these toys really gives a child what they need and because of that, their want is endless.

What can you do to help a child’s imagination?

These same ‘wants’ drive the insane shopping craze at Christmas too.  We’ve all experienced it.  The crowds of desperate parents trying to score the latest and greatest ‘must have’ toy.  The need for these toys are planted in kids brains through the TV set and the tablets and mom and dad will do almost anything to provide them. The worry of their child’s disappointment come Christmas morning is an understandable and compelling force.  But what’s at stake here is something monumental.  Just at a time in history where we face all sorts of challenges on many fronts, we’re killing the imagination of those who we must rely on most to think outside the box, our children.  We need their creativity and their imagination, their love and their wonder.  Their imaginations are our future.  So when you ask the question, how can I improve my child’s imagination?  Look no further than providing simple and stimulating play toys and open the door.  Let’s look after our kids’ imaginations.  They are so precious.

Do you have a child displaying behaviour issues like biting, temper tantrums, picky eating or sleeping problems?  If so, go to Annie the Nanny’s parenting services page.