4 Parenting Sentences You Should Watch 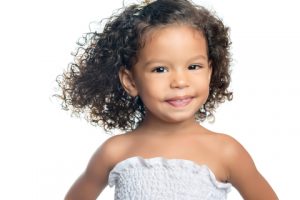 In this article, I’ll suggest 4 parenting sentences you should watch in terms of whether or not it’s a good idea to say them. That’s because the sentences I’m going to draw to your attention are very easy to say. In fact, they’re so easy to say that you probably say them all the time and don’t even realize it. So here we go.

This is a terrific question, isn’t it? I wish more people asked me what I wanted, but while it’s a terrific thing to ask adults, it’s not that terrific to ask young children.

That’s because young children need your adult input as to what they should and shouldn’t want. Wanting something doesn’t translate to needing something. Asking this question is especially problematic for the two-year-old age group. You see, we all want a lot of things, and the difference between adults and kids is that as adults, we know what we want has to be balanced with what’s actually good for us.

I love cake, but that doesn’t mean I should eat three cakes a day. It doesn’t even mean my budget can stretch to three cakes, though probably my waist could, though I have to say I expect the results would be less than optimal.

Children need your leadership. As they can’t tell their wants from their needs, they need you to explain it to them.

If you say, “Do you want,” more than just occasionally, you’ll get children who think what they want and what they should expect are joined at the hip, and that, pardon me for saying so, spells trouble.

4 Parenting sentences you should watch:  #2 What would you like to do?

Again, this is a lovely sentence, and if you asked me, I’d be honoured but we don’t want to make children feel they’re on a pedestal where they direct family activity. Sure, on a trip to the zoo, you can ask whether they’d like to see the baboons first or the elephants. That’s a childlike and appropriate choice, but don’t ask what they’d like to do when it comes to a whole day, unless it’s their birthday.

So why do I say this? Well, because if you ask your children what they’d like to be doing for their summer holidays or your vacation in Mexico, you make it appear that it’s up to them, and you’ll follow along as mom and/or dad without complaint. That appears to them as though they’ll literally be driving the boat. Is that the message you want to give? If not, then you need to lead, and leadership flows from you to them, not the other way around.

If you say, “Maybe later,” then you’ve got to mean that you will actually listen to their request later and act on it with an open mind. If you’re not planning that, then all you’re doing is avoiding a confrontation. Children can tell when you’re avoiding a confrontation, and they’ll probably keep whining at you until you break down and give in.

It is far better to say, “Let me think for a moment,” then think and make a decision, yay or nay. You come across as far less wishy-washy, and your kids will have your considered response when they ask for it.

4 Parenting sentences you should watch:  #4 You’re always …. or you’re so like…

Kids live up to expectations, so if you tell them they’re always messy, then that’s exactly what you’ll get. Avoid labelling children, as they’re very quick to pick up on those labels. One minute they’re doing fine, and the next they think they’re horrible at math because you were and they overheard how you said you expected that gene to make it to them.

Watch comparisons between family members too, as there’s nothing worse than being compared to your brother or sister, who is always so much better at doing things than you. So what should you say? Well, we’ll look into that another day.

Are you interested in making sure your child is as resilient as they can be? Then read “A Parent’s Guide to Building Resilience”  It’s the best read for how to teach this very important life-skill and it has a huge impact on your child’s happiness in later life.

Last but not least, if you would like any personal help with your parenting, please visit my services page.

Here’s Annie the Nanny’s advice on how to find and evaluate a terrific teenage babysitter.

Are you a helicopter parent?  Here’s Annie the Nanny giving advice on CTV about how to stop.